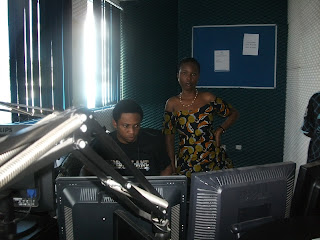 As thousands of farmers in northeastern Tanzania grapple with long spells of dry weather and erratic rainfall, a Canadian charity has collaborated with local partners on a radio programme to help onion and rice growers adapt to the effects of climate change.
Farm Radio International and private radio station MoshiFM started the programme, tailored to help farmers in remote Ruvu village and the surrounding areas of Same district find ways to maintain their harvests as well as seeking better markets for their produce.
Launched last year, Heka-Heka Vijijini (which means “upbeat mood in the village” in Kiswahili) airs twice a week for one hour, teaching farmers to embrace crop diversification and irrigation to boost soil fertility.


With the help of local agricultural extension officers, the programme advises its audience on suitable planting times, as well as giving them up-to-date weather information and tips on how to increase their crop yields in the face of challenging weather.
Every Wednesday and Saturday, Gloria Meena sits down to listen in with other villagers in Ruvu.
“I have found the programmes very useful because they teach good farming methods and how farmers can deal with floods as well as adapting to the changing climate,” she says.
The 53-year-old widow says that the weather in her region has been unpredictable for the past eight years. She recalls losing an entire hectare of onions three years ago after heavy rainfall pounded the village, which nestles among hills, causing floods that swept away everything she had planted and dealing a sharp blow to her income.
“Before I started tuning (in) to the programme, I did not know how to prevent soil erosion, which is a big problem here, but now I know how to protect my farm,” said Paulina Ndauka, another of Ruvu’s farmers.
MoshiFM programme manager Yusuph Masanja said that Heka-Heka Vijijini targets more than 7,000 farmers, most of whom depend on agriculture for a living, and aims to promote effective onion and rice growing while responding to the challenges posed by climate change.
“We are happy to see that the farmers have been very responsive to this initiative,” he said.
Masanja said that the radio programme has a simplified the work of agricultural extension officers, who can now communicate with farmers via the airwaves, since it is not easy for them to visit people on an individual basis.
“Extension officers are few ... so we give them a platform to talk to the farmers and put their messages across,” he said.
Onesmo Mbaga, an onion farmer in Ruvu, said that programme had taught him how to store water in a reservoir to use in the dry season.
“Onion seedlings don’t need a lot of water to grow,” Mbaga said. “I have set up a reservoir with the help of village leadership which supplies water to the farm.”
“The radio programme makes it easy to get the needed help from extension officers, especially on how to deal with soil exhaustion,” Mbaga added.
Erratic rainfall patterns coupled with increasing frequency of droughts are posing a growing threat to the livelihood and security of thousands of people in Tanzania’s rural communities.
Scientists suggest that simple adaptation techniques such as changing planting dates and crop varieties could greatly help smallholder farmers to reduce climate-related risks.
Ruvu ward official Dawson Maine said that the radio programme has helped farmers increase production, which had been dwindling in recent years.
“We are now monitoring closely about 400 hectares (990 acres) of onions which have been placed under irrigation schemes, and (we) render necessary assistance to the farmers,” Maine said. “The farmers are responding very well to many problems that affect their lives.”
Ruvu ward has a population of 12,820. Before suffering from extreme weather it used to be the main supplier of onions and rice in the northern part of Tanzania, attracting traders from Moshi, Arusha and Nairobi.
“Peasant farmers need to adapt to weather-related challenges which have had an impact  on their incomes due to reduced crop yields,” said Henry Laswai, an agricultural researcher at Sokoine University of Agriculture in Morogoro. “As a result (of these challenges) they are being pushed into extreme poverty.”
An onion trader in Same district said that despite the weather challenges, onion growing is still a booming business. A single hectare of onions can generate about 600 kg of produce, worth about 600,000-1.2 million Tanzanian shillings (about $370-740).
Canadian-based Farm Radio International, which helped set up the radio programme, helps more than 250 radio stations in 35 African countries to reach farmers. It partners with 250 radio stations in more than 35 African countries. In Tanzania the organisation has developed programmes for radio stations in several regions tailored to the needs of farmers in each area.
Kizito Makoye is a journalist based in Dar es Salaam, where he specialises in climate change reporting, governance and women issues.